The wearing of wedding rings is so prevalent in modern society that you may never have given a second thought to how the tradition came about. It’s more than just a beautiful ring to place on the finger of your beloved. There are hidden meanings and histories behind wedding rings that go back thousands of years. 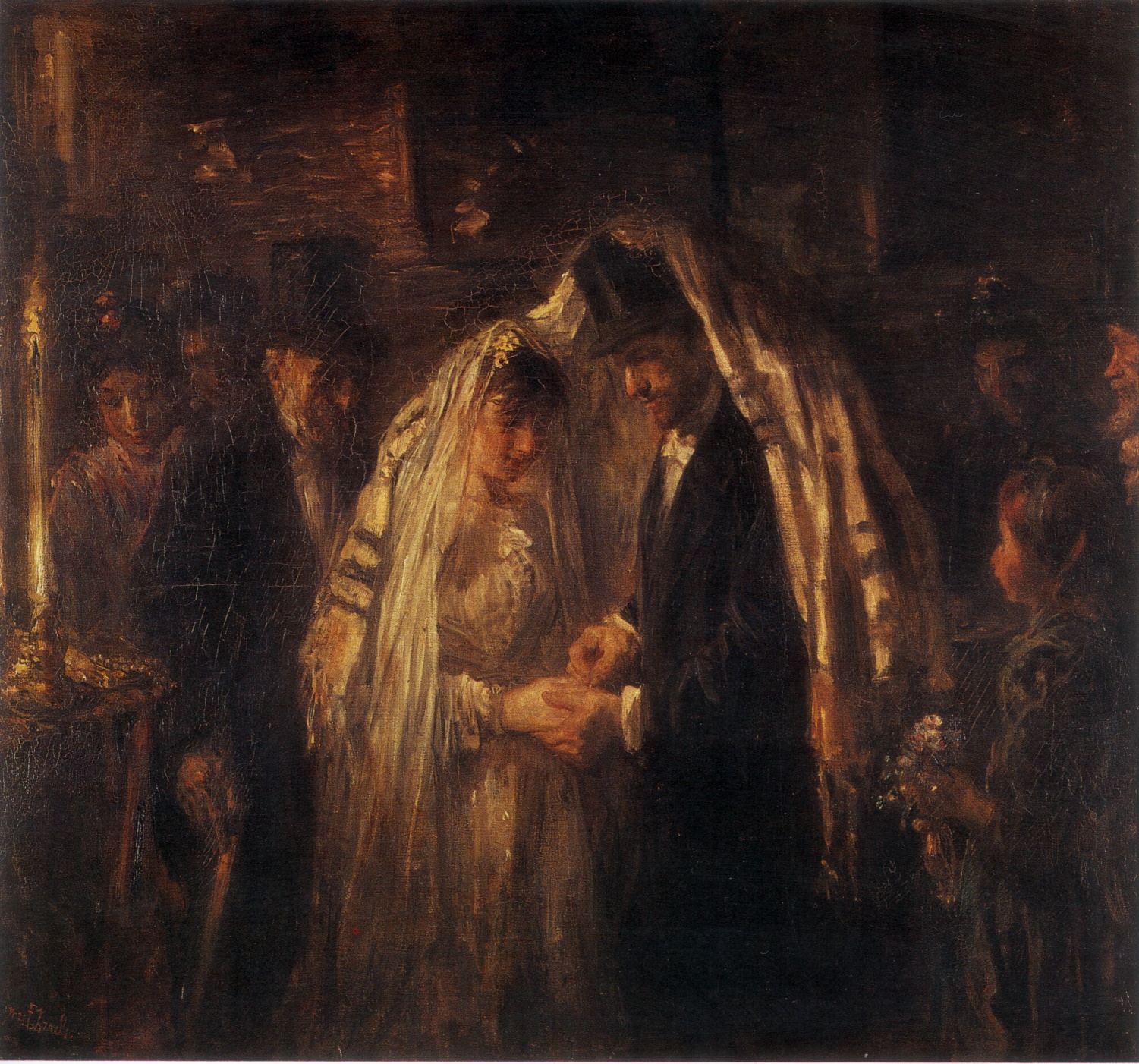 Nearly 5,000 years ago, the Egyptians had begun wearing rings woven from a variety of materials, including sedges, reeds, rushes, and papyrus. These materials were braided or twisted in complex patterns and worn as rings, bracelets, necklaces, and other adornments. New materials were constantly being tried to increase the longevity of the ring, with bone, leather, and ivory all being used at one time or another.

For ancient Egyptians, as well as other cultures, the ring carried great significance. The circle was regarded as the symbol of eternity, with the hole in the center of the ring representing a doorway to the rest of life and encompassing the future of the couple. For an Egyptian couple, the giving of a ring symbolized everlasting commitment and a truly immortal love.

As the Roman Empire grew, it incorporated traditions from many different cultures, including that of wedding rings from the ancient Egyptians. It was slightly different for the Romans, though. An iron ring was given to a woman as a symbol of ownership. Women had few rights and were seen as the property of their husband, father, or other prominent male in their lives. While this is surely not how you see your relationship with your beloved, it’s an important part of wedding ring history and is often cited by couples who eschew the traditional ring ceremony when marrying.

Early Christian wedding rings were not simple, plain bands, as are often seen today. They were usually engraved with important symbols like doves, linked hands, or lyres. As time passed, the Church started discouraging these highly decorated rings as “heathenish.” By the 13th century, Christians were using simpler, less adorned rings in their ceremonies. The Church sought to make wedding rings more spiritual and less “earthly” by portraying them as symbols of the union of two hearts.

The most widely accepted “ring finger” tradition is that of the Romans. They believed there was a vein, called Vena Amoris, or “vein of love,” in the fourth finger of the left hand, that connected directly to the heart. A second theory stems from Christian marriages, in which it is said the priest would perform the ceremony, and when the time came to place the ring on the bride’s finger, the priest would do so. The ring would be touched to each finger on the left hand as the priest recited “in the name of the Father (thumb), the Son (index), and the Holy Ghost (middle),” with the ring being placed on the fourth finger as the priest said “amen.” This was the final step of the ceremony, and considered as the moment when the marriage was official.

Regardless of the type of ring you choose to celebrate your union, it’s important to remember that you’re creating your own tradition and can instill your own meanings into your rings and ceremony. The most important part of getting married isn’t the ring, but rather, the life you’re building together. You’ve decided that your lives will be better and fuller together, and that’s all that matters (even though a gorgeous set of wedding rings couldn’t hurt).